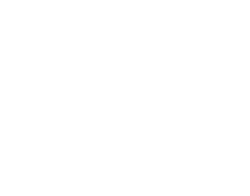 Screamin’ Rebel Angels are a Rock ‘n Roll force of nature hailing from Brooklyn, NY, fronted by the dynamic soul-shouting, blues beltin’, sweet purring of vocalist and multi-instrumentalist Laura Rebel Angel, paired with the blistering, stratospheric lead guitar of Brian “Bobo” Hack. Their head-turning, jaw-dropping performances are untamed adventures that invoke the primitive energy of early Rock ‘n Roll and Rockabilly, and emotion of 1950s Rhythm & Blues and Soul.
Those new to the band are stunned by the power and energy of the group, as if witnessing the resurrection of rock and roll, stirring within them the raw, primitive passions which first electrified audiences at the genre’s inception. They are a force that has been igniting a musical blaze around the worldwide roots rock ‘n roll scene, and gaining a momentum that is cementing their unmistakable sound and authenticity -which is pure Rock ‘n Roll Revival.
+ Add to Google Calendar+ Add to iCalendar